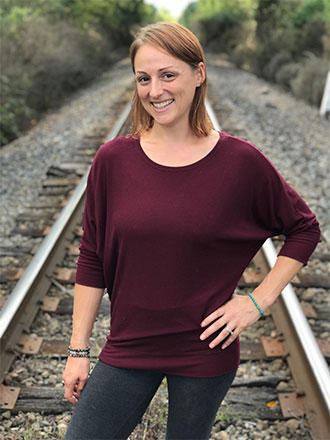 Jessyca began her yoga journery in March of 2009 when a co-worker of hers at the time asked her, “Hey, do you want to burn like a 1000 calories in 90 minutes?” She said yes and remembers thinking just minutes after the class started and her cotton tank top was soaked and heavily hanging from her what the heck she got herself into. She quickly fell in love with the challenge of the room and her co-workers pointed out to her the stress relief effects of the yoga as well. They often times were able to tell if it had been too long between practice sessions! The regular practice felt amazing not only in her body but in her entire being. The regular yoga practice brought about a stillness, focus and re-centering that she had never experienced before. After 2 years of regular practice at 105F in Chicago she decided that yoga needed to be a more prominent part pf her life. She made the goal to attend teacher training in the fall of 2012. While attending fall of 2012 tarining in LA, she met her current business partner Kyle Casserly. Kyle suggested that Jessyca move to Nashville because “It is pretty cool” and Jessyca and her fiance were having a hard time deciding where to live in Chicagoland area. The move was made to Nashville in November of 2013, Jessyca joined Kyle in ownership of The Hot Room TN in July of 2016. Jessyca’s favourite days are still ones that are filled with teaching and taking yoga classes, always learning and always approaching the practice from a place of love.